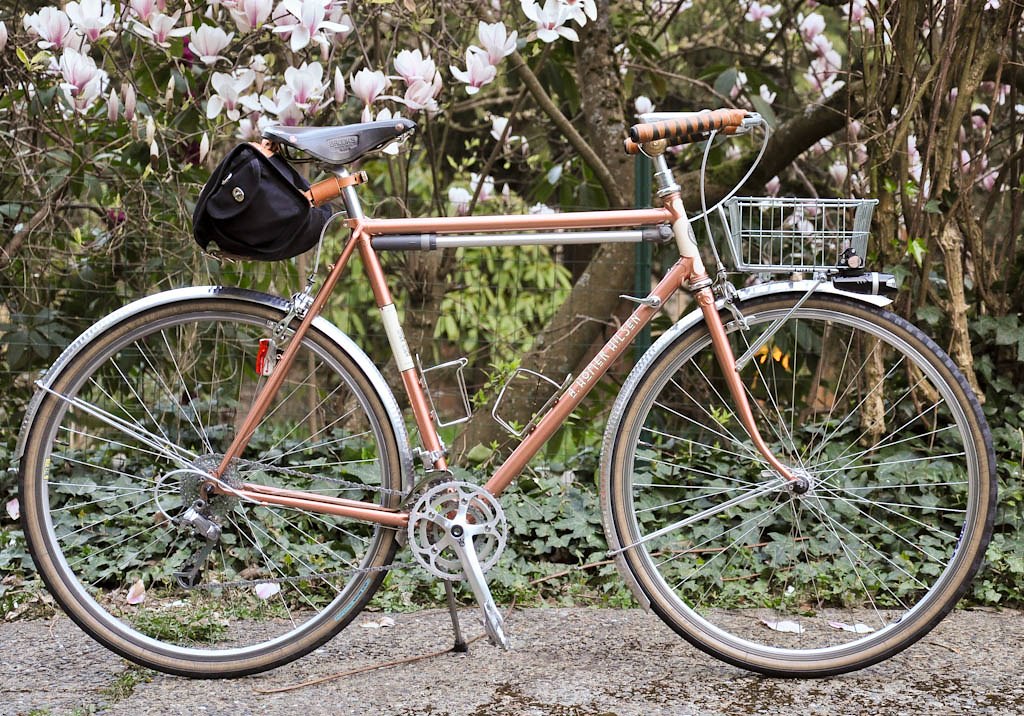 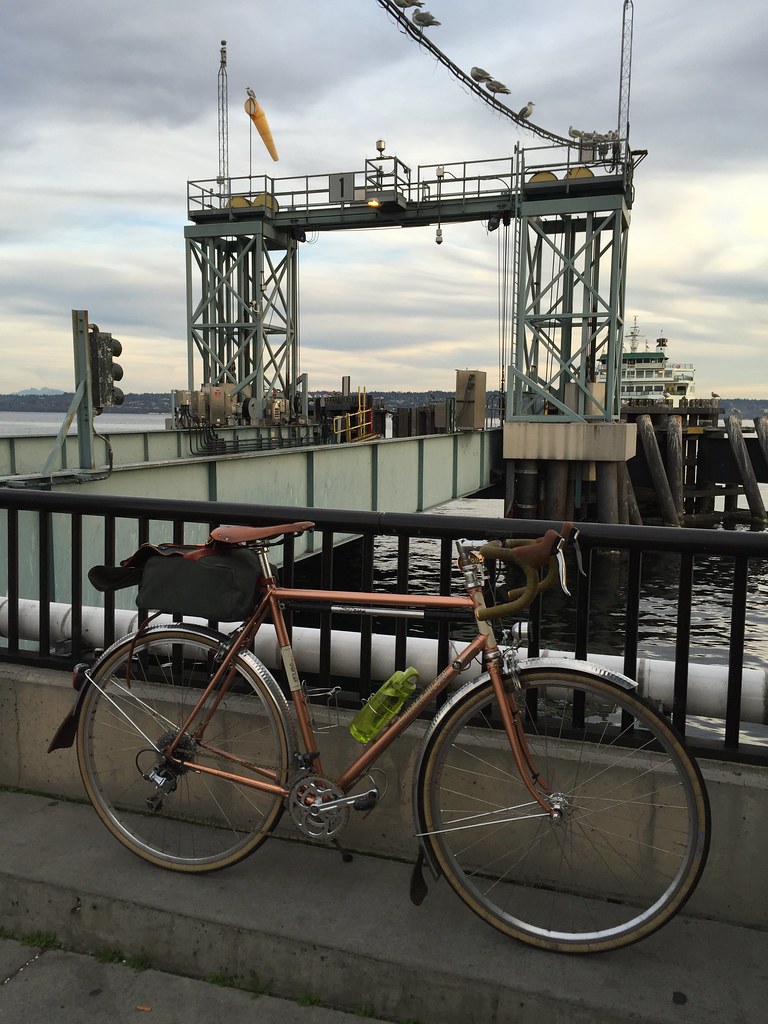 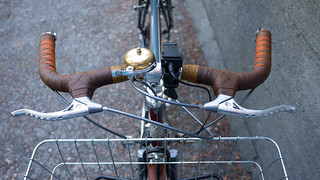 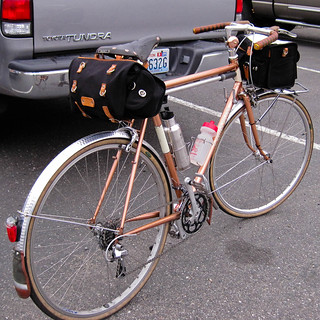 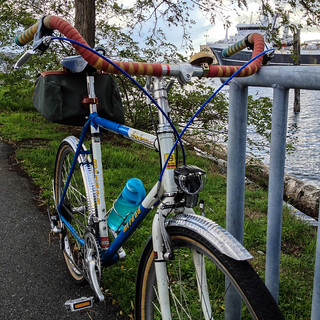 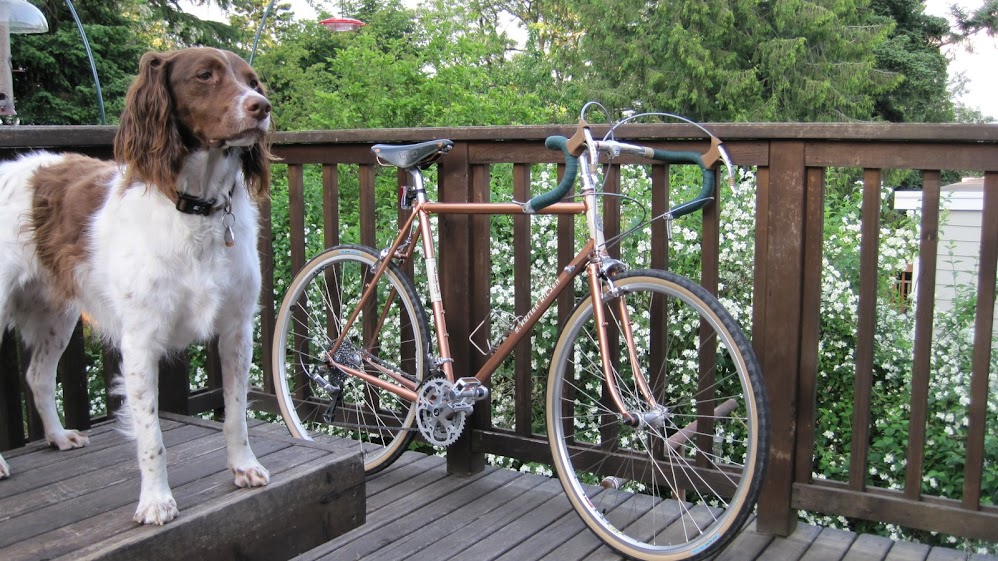 This is about 20 pounds of beer. Not for everyone (I know), but there is an annoyingly great beer store near the end of my commute home, and with this kind of utility carrying capacity, I have to occasionally work it.

I am going back to an old favorite cockpit on the camp bike. The Mustache bars felt a bit stretched after a while, and I didn’t want to push them up too much higher. The Porteur bars give me a nice narrow forward position on the brake hoods, while providing a nice relaxing upright spot that drops and ‘staches don’t. Since I was going Porteur, I figured I had to go “full Porteur” with the large front basket and bag. This thing can carry a ton as my next post will show.