I had built a set of snow stud tires a few years ago after a particularly long spell of snow in Seattle.  I hadn’t gotten a chance to use them in last year’s mild winter, and put them away.  In the meantime, I got a new “old” frame that I swapped out all my MTB components on and made a new winter bike.  The problem is that my new bike wouldn’t fit the snow stud tires.  I ended up rebuilding the old mountain bike frame into a dedicated snow beast.  I finished it earlier this year, but too late to test it in the early winter snow we had.

Well – I got my chance on Wednesday.  It was forecast to be a rough commute home with 2-6″ of new snow.  Needless to say, I rode the bike in, and home on dry pavement (figures), and discovered a few things I had learned a long time ago.

I hate to say it, but this bike will quickly be sold, or just become a dedicated mountain bike again.  Sometimes what appears to be bitchin’ is really just lame… 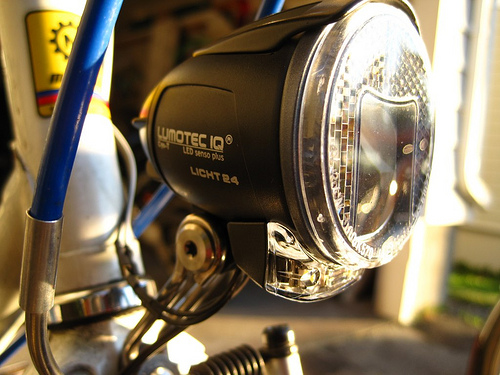 Back from a winter ride

I’ve been a bike commuter for about 20 years now.  Not full time, but a few days a week most of the time, and my bike time has gotten more involved as I get older.

I believe that biking to work/school/errands will make you healthy, happy, less stressed, and more energized.  This is all based on my personal experience, however.  You may be a “different” type of person who finds it to make you sick, sad, and stressed out.  You either need to give it more time (do it for 3 months), or perhaps you should just take the bus.

Either way works for me.  Now I just need to figure out how I can manage to do this until I die.  It’s that big a deal.