I took the Hunqapillar out on a 19-miler today to get some biking in the New Year. It was a beautiful, warmish day with nice light. The route I’m starting to make into a training ride takes me on a loop through some of the more scenic parts of north Seattle.

I start the ride from Maple Leaf and make my way through the U of W campus. I use trails through Fremont and lower Magnolia to the Ballard Locks. There was little activity there, so it was a breeze to cross over to the north side of the canal.
I picked up the trail to Golden Gardens. At that point the climbing starts with a nice quick rise to Crown Hill. Several ridges take be back through Greenwood to Maple Leaf.

Not bike related, but my family went on a cool underground reservoir tour today. The Maple Leaf Reservoir, built in 1910, was for years one of the few remaining open reservoirs in a major city. After 911, our Mayor at the time proposed covering these reservoirs for the dual benefits of securing the water supply, and creating new park space.

We have been living with the noise and dirt of a major construction project since we moved into our house last December. The current construction project started in September 2009, and is estimated to be completed and handed off to Seattle Parks on April 2012. It cost the city around $49 million, and creates a new 16 acre park land that will have stunning views of Seattle, Mt. Rainier, Lake Washington, and both the Cascade and Olympic mountain ranges.

Besides the amazing size of this “water tank” system with its 768 columns, 25-35 foot ceilings, and 30,000 cubic yards of concrete, the echo inside one of the tanks lasts over 30 seconds long! During the tour inside the tank, there was a constant drone of echo that never went away. 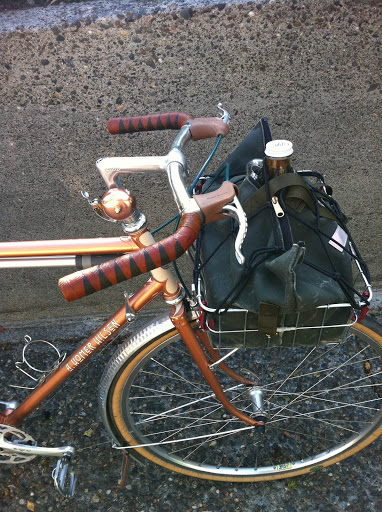 I commute 4 days a week from North Seattle (Maple Leaf) into Downtown.  I generally leave my work clothes in my office so I don’t need to carry much on the bike, and after a few years of this routine, I’ve been able to whittle down my normal load.  That said, I often try to bring in donuts for the crew.  I also occasionally enjoy a nice fresh growler of pub stew (Fremont Brewing Co. is the current favorite).  Since I like to keep this stuff off my back, I have really found baskets to be a godsend.  If you can get past the dorkiness, they are really versatile. 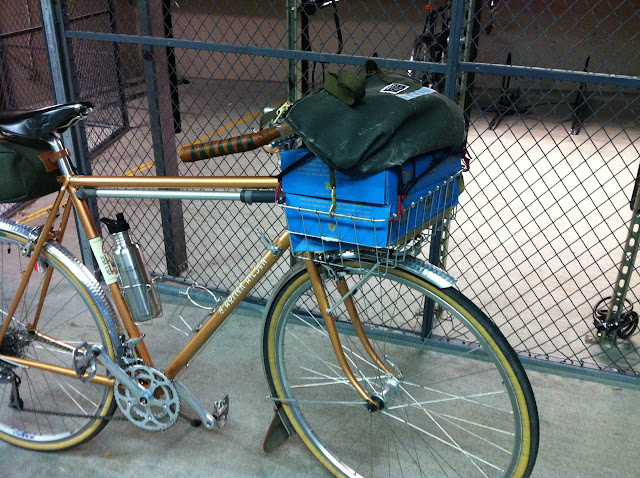 I do prefer the basket on the front of the bike.  I had a dual basket setup on my mountain bike commuter for a while, but I found that mounts/dismounts were sometimes causing painful dings when I swung my leg around and caught the corner of the basket.  I also didn’t like the load hindered by the seat/light/toolbag.  This stuff got in the vertical plane, and just made the basket less effective.