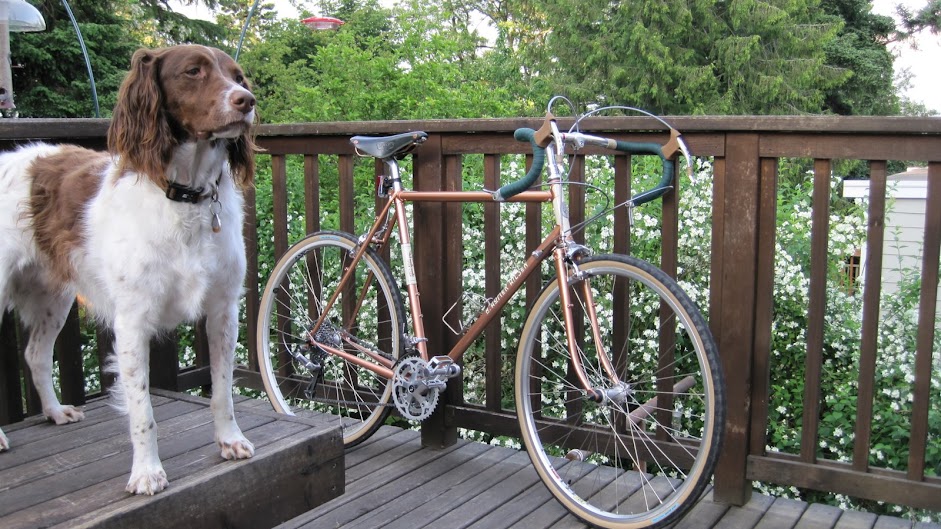 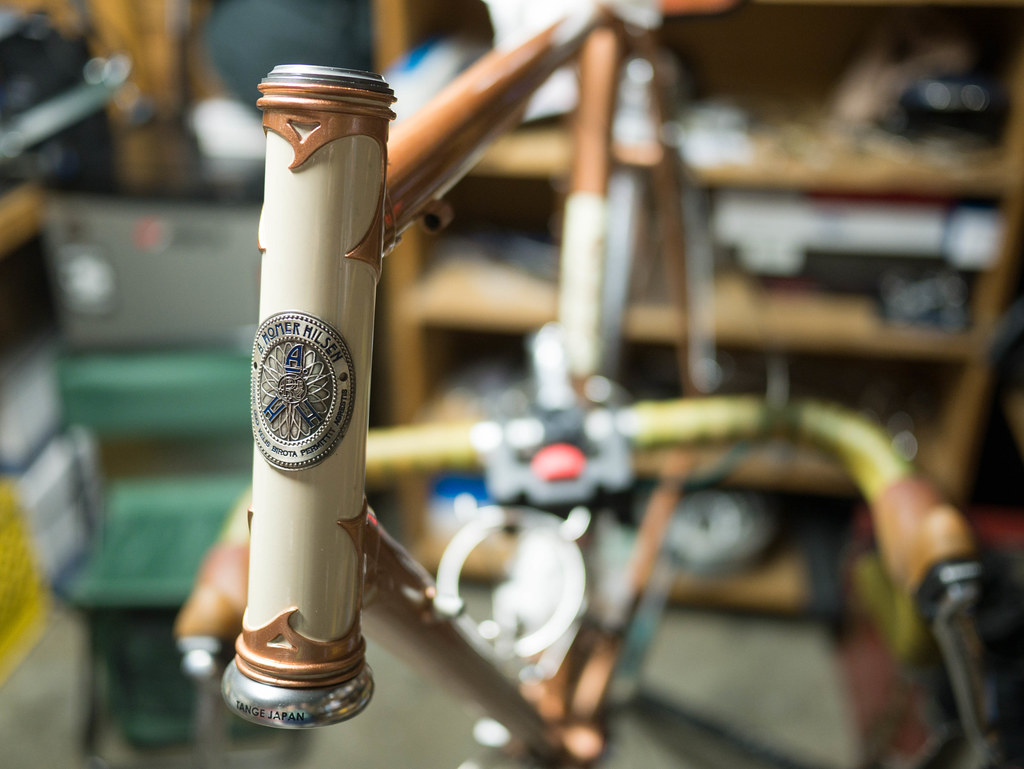 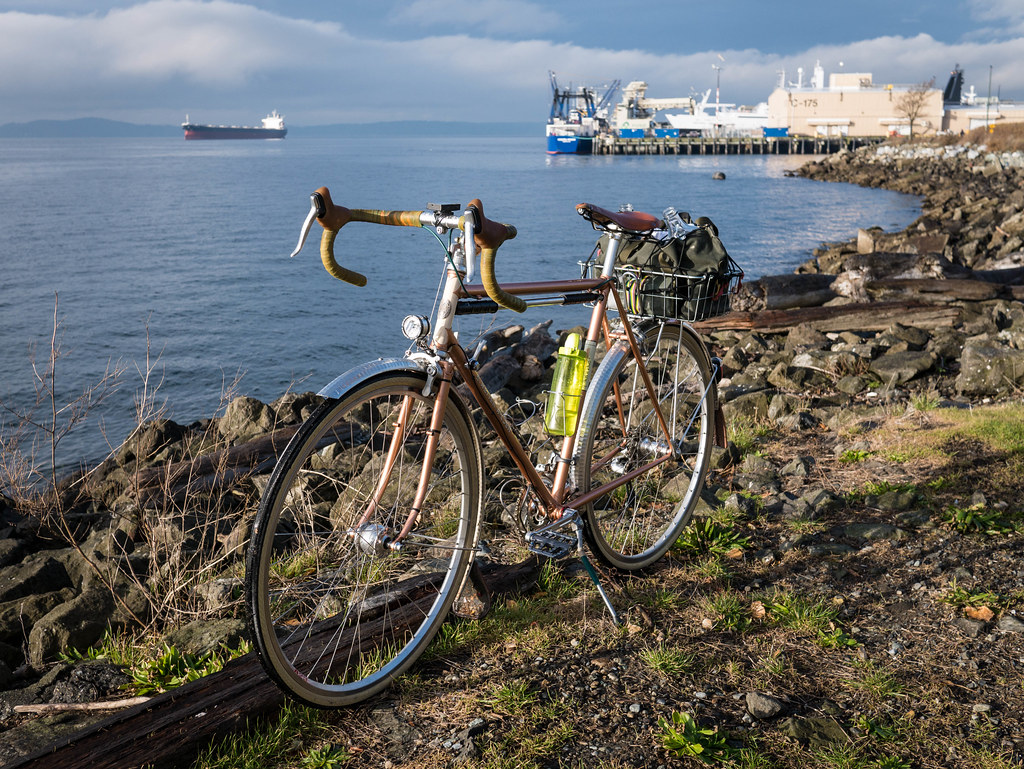 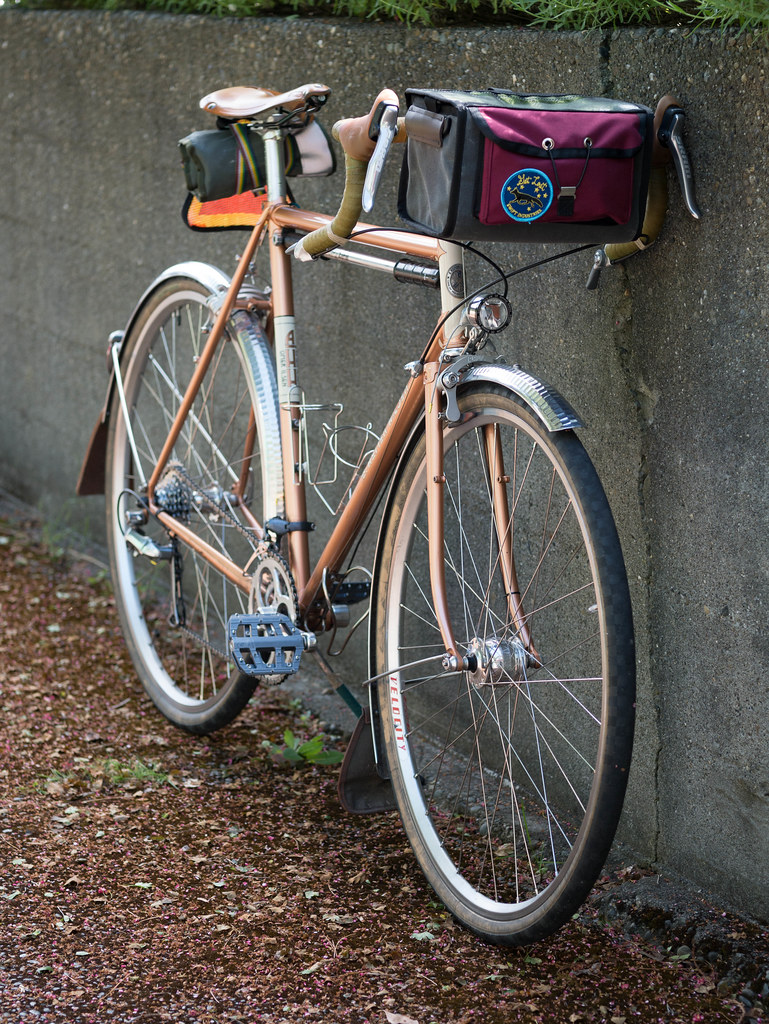 After my brief flirtation with a bigger tire on my Hilsen, I’m back to the real original version.  Jack Brown 33.3s.  They actually measure just under 34mm, so only 3 or 4 mm smaller than the Barlows.  Who knew!  They feel great, and I don’t have as much toe overlap with this setup. 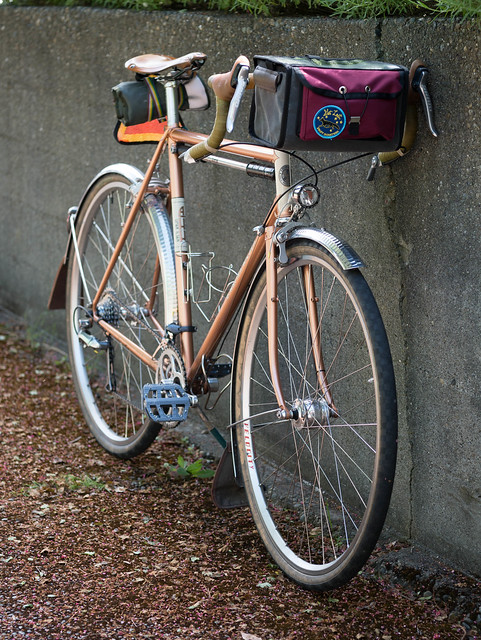 I noticed how much this bike is like the “new” rando I’ve been taking on the longer rides this year.  Slightly different geometry on the frames, different tire size, but really close to the same measurements at the body contact points.  Here are two side by sides: 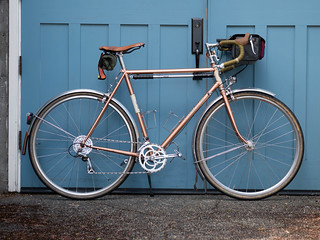 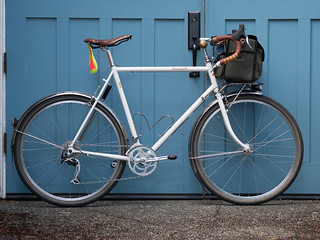 I’m using the same seat, bars, and cranks.  Pedals will soon be the same if I can make up my mind on the clipless of choice.  There is one main difference I could feel today on my ride home.  The bars on the Hilsen are 2cm above seat height.  On the Routier, they are only  1cm above the seat.  This was changed as soon as i got home as I’ve been plenty comfortable on the Routier this season, and the Hilsen actually felt a bit odd – like I was riding a “comfort” setting.  It was not feeling quite the same in the power output.  With the bars dropped, and a test ride to confirm, I now have a spare rando bike (it was actually the original brevet bike and did just fine for the past two seasons). 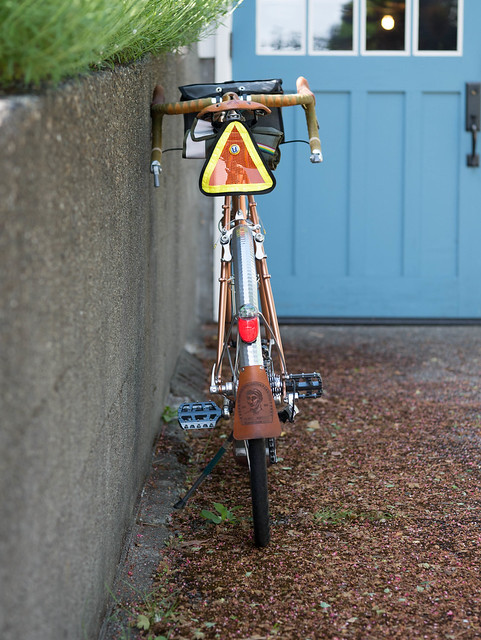 Now I just need to get the time to actually devote a day to a ride! 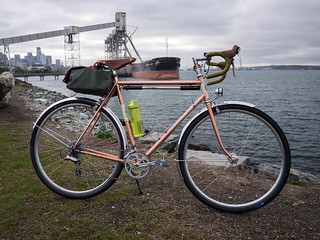 After putting 38mm tires (Compass Barlow Pass) and new fenders (VO Zeppelins) on my Hilsen, and riding them for a month or so, I have the following observations.

I am slowly coming to the realization that I like smaller, fatter wheels on road bikes, but if I’m on a 700c, 33.3mm is the most I need.  On both the Hunqapillar and my Hilsen the favorite tires for pure road riding have been either Gran Bois Cypres or Rivendell Jack Brown (Greens).  Both combos make the bikes feel fast, agile, and just “right”.  They also do a good enough job to absorb road bumps that I don’t feel beat up even after a long (200k/300k) ride.  When I have a bigger tire (35mm+) on a 700c wheel, the bike feels a bit ponderous. 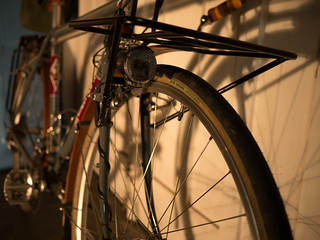 I really want to like the Barlows – but they are just not Hetres, and they aren’t feeling significantly better or more comfortable than the Cypres/JBs.  I don’t know if the added volume makes the toe overlap worth the bother. I also like the hammered Honjo fenders I had on this bike.  They added a touch of class… 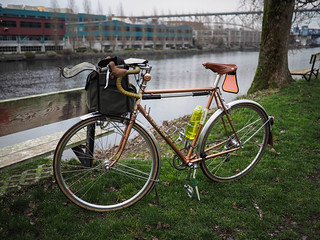 In another post, I talked about tires, but I’m also going to plug keeping your bike as light as you can for city/general fun riding.  It really comes into play for me in hilly Seattle.  I live on a hill and have about 900 feet of elevation gain on my ride home, with maybe 400 feet on the way in.  This is where the weight hurts.  Climbing can be fun, but if the destination is work or home, it’s just not like a touring destination to put up with extra weight.

Another personal preference is to keep the pack on the bike and off the back.  I don’t like sweaty-back, or the off-balance feel when I have a backpack or messenger bag, and long ago converted to using bike bags to carry my work clothes, laptop, iPad, keys, etc…

The Hunqapillar was pushing it in my comfort zone as it probably approached 35lbs in weight with the big back saddle bag, heavy lock, heavy Schwalbe Dureme tires, and double kickstand.  I also have a front and rear rack that adds some weight to the overall package. Now some of this I don’t want to give up – I like having the racks for unexpected loads, and the rear rack is the mount for my taillight.  The bag and lock are not entirely necessary all the time.  The tires are overkill unless I’m on the dirt mountain trails.  It’s like carrying your loaded camping backpack with you when you take the bus to work.  It may come in handy during an earthquake, but 99.999% of the time, it just makes you tired faster.

Initial feel is that this made rolling along much easier and more fun for me.  I had similar average speeds on my Hunqa and Hilsen for my commutes this week. I noticed that the Hunqa still feels more “solid”.   I’m definitely not heavy enough to plane this bike without more weight on it.  When I take it camping, or up in the mountains, I’ll put what I need back on, but for now, I’m happier with the Hunqa-lite….

I love Rivendell Jack Brown tires.  They are a great combo of cush on a 700c wheel and low rolling resistance.

I have had Jack Brown’s on my A. Homer Hilsen for a few years, with a brief fling using the also sublime Gran Bois Cypres tires. For the past 6 months, I’ve been regularly riding a Hunqapillar with heavier Schwalbe Duremes on my work commute of 10-20 miles, and I have been gradually come to a conclusion.  Heavy tires with tough sidewalls are great for avoiding flats, but I don’t like riding on them.  They feel really sluggish – like I’m constantly pushing and fighting to keep the bike moving.  Not fun to me.  Biking should be fun.

With that in mind, I swapped out the Duremes for my extra set of Jack Browns and rode in the other day with this configuration.  Yes – it made a difference.  I also noticed the difference in feel of the bike frame going from the more flexy AHH to the stiffer Hunqapillar.  My normal cruising speed on the flats is 15-20 mph depending on the inclines/wind/legs on the AHH.  With the heavy Schwalbe Duremes (50mm) on the Hunqa, I was typically struggling to keep it at 13 mph.

Now, I’m not trying to set speed records, but I’ve found that the beauty of “road” bikes is that they typically feel more effortless on the pavement.  In my many years commuting with a mountain bike with roadish tires, I know that a lot of it has to do with geometry as well, but tires DO make a big difference.  That said, it’s not the diameter, it’s the weight, and the sidewall.  Big cushy tires can be AWESOME if they are light and have a supple sidewall.

Yes, you will get more flats.  Only you will be able to decide if the rest of the time riding is worth the few flats.  I’m not in goathead country, so the biggest problem is road trash (glass, radial wires, nails).  This will result in a flat every few months.  I can live with this.  To avoid it as much as possible, I use the Jack Brown Blue (kevlar belt) as my rear tire, and the lighter, suppler Green on the front.  This keeps me pretty flat proof, as everyone knows that you always get flats on the tire that is hardest and messiest to change (rear).

Now I just need to move those fenders in a bit…