190 miles in a day is a long way to ride your bike!  I don’t know if I’ll ever get over that part of randonneuring.  It’s a simple fact that most people will look at you funny when you talk about doing this sort of thing.  I hate to say it, but I feel that way when folks talk to me about running 20+ miles.  I think “why would you want to abuse your body like that?”.  I am a serious hypocrite. 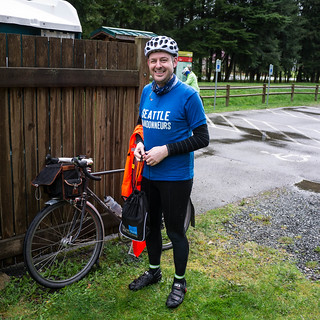 This guy doesn’t look particularly abused, right?  He was in great spirits for the first 100k while I rode with him.  He was chatting with me and several other riders.  Jason really loves these rides for the social aspect, I’m sure, as do I.  We were riding side-by-side for 10s of miles in the rain and wind when drafting would have been the prudent thing to do, just chatting about bikes, trips, rides, work, etc…  We were having a great time even after we bombed down a brutal climb (500+ feet at 13%) only to realize we should have studied the queue sheet harder at the control up top. We had missed the turn and ended up climbing up Lorde Hill again with 3 bonus miles and an extra half hour on our day. 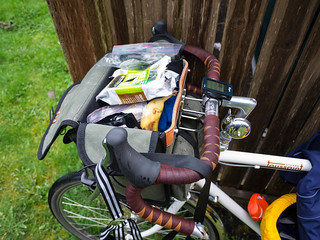 At the first control, an espresso stand, I realized I had forgotten my wallet.  After a short moment of panic, I decided the prudent thing to do was continue.  I had a lot of drinkable food (Perpetuem, Tailwind) and knew that I would be able to stock up on some goodies at the lunch stop.  Calories were not going to be the problem.  If I didn’t have a major bike issue, it was simply a matter of getting the ride done.  It did feel a bit strange to not buy anything at the couple of controls where I had a cashier sign my brevet card.  I’m sure this is really just my own issue, right? 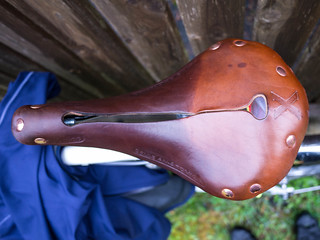 This seat continues to rock.  I had no saddle soreness.  When you are pedaling for 15+ hours, that says something.  There is no way any of my other seats would have been this comfy. As for the other contact points – no issues there either other than wetness.  Even with “waterproof” gloves and booty covered shoes, both were soaked by mid ride.  I am especially amazed that my hands were not numb with only a thin glove, and cotton tape wrapped bars.  The diamonds really help with hand comfort!  😉  As for my knees, they ended up not tightening and bothering me on this ride.  I would like to chalk it up to the 100k, 200k, and hip abductor exercises I’ve been doing, but I’m sure the Aleve helped.

Luckily we had sun on Camano Island at the apex of the route.  Several hours of dry weather, even.  That made things much more tolerable – I almost dried out, even… 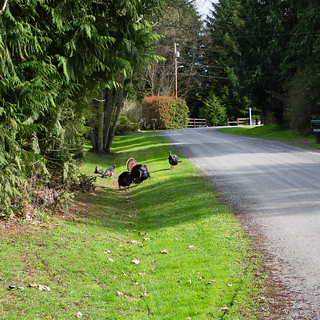 Turkeys were out.  Also, hawks, rabbits, lots of worms on the road, and a couple crazed barking rural road dogs that surprised the heck out of me and 3 others riding nearby.  Luckily we were at enough speed to get past without incident.  I would expect that Darwin will take care of those guys before we pass by that way again. 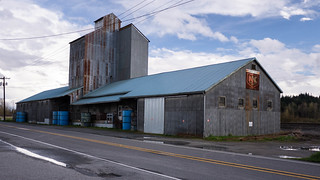 As I was pedaling out of Arlington and joining up on the Centennial trail for a really nice woods ride, it started pouring again, and didn’t really stop until I was back in Seattle.  I’ve got to work out a better way to see the queue sheet at night.  With this much moisture, it was wet (from having to change it in the rain), and was fogging up the plastic cover on my rando bag.  The tiny light was OK, but my odometer was off enough at that point that the math I had to do in my head was becoming a chore for my weary brain.  I ended up teaming up with Bill and Patrick for the ride back to Woodinville and the Burke Gilman.  At that point I knew the way back, so it was auto pilot.  At one point Bill came up behind me after a bit of a weave and asked if I was OK.  That was a good wake up!  Shortly thereafter we just about ran into this tree/bush that had blown down across the trail.