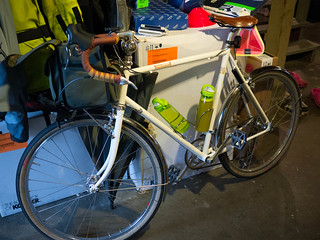 For me, the brevet season is getting started here in the Pacific Northwest.  My first long ride was the Chilly Hilly.  This is a course that circumnavigates one of the islands near Seattle in the Puget Sound.  It includes a nice ferry ride with hundreds of bikers taking up the car deck. 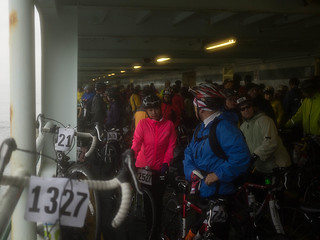 The official distance is 33 miles, but I ride to the start, so my distance is more like 55 miles.  This year was an overcast day starting in the 40s, and ending in the 30s Farenheit.  It started raining hard after the ride, just as I was departing the ferry in Seattle.  This made the ride home a bit miserable, but I felt pretty good, however, and it was a great start to the season. 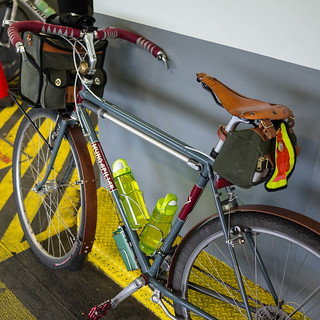 I rode the Hunqapillar to try out flat pedals.  No knee problems encountered, and I didn’t really notice the extra weight of the bike except for the amazingly steep hills on a few sections of this infamous ride. I also went without any hand pain using the Albastache bars.  It was a nice and comfy ride! 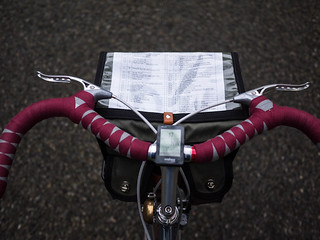 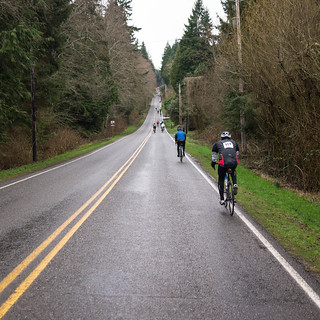 Next up was the Spring Populaire put on by SIR. 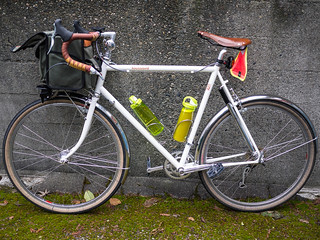 This is a 100k ride (around 62 miles) and starts nearby in the Greenlake neighborhood.  I rode to this one, as well, so added a few miles to the ride.  It was my first long ride on the new Velo Routier, and I was excited to get some miles on it to get a feel for 650B, low-trail, rando geometry.  The bike was ready to go with lights (though I wouldn’t need them) and all the normal gear.  I did forget a pen, however – kind of a faux pas for a seasoned rando like myself (sic). 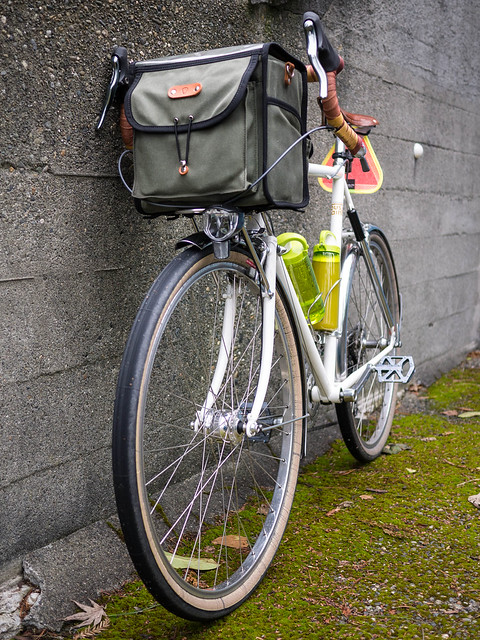 I saw a few friends at the start, but after we took off, I was on my own for the whole ride.  The bike handled great, and I was towards the front of the 100 or so riders that showed up for the ride. 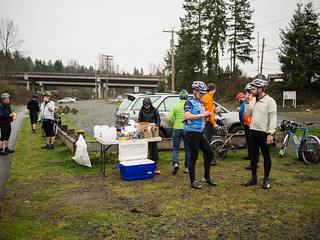 I quickly made my way through the controls, and was having a great time.  The tires floated, and the scenery rolled by.  I was feeling good, and eating/drinking enough to feel strong.  The rain started to become oppressive, and I was soaked through by the midway point, so at a bathroom stop in Renton, I took off my outer wool jersey and put on my rain jacket.  I had to wring out my gloves, so I put on my extra pair.  Not much could be done with the shoes, however.  They were a brand new pair I had gotten for the ride.  I wanted a light pair of hikers with a stiffer sole, and they fit the bill, but by the time the ride was done, my feet were soaked and numb from the cold.  Hmmm – time to rethink this? 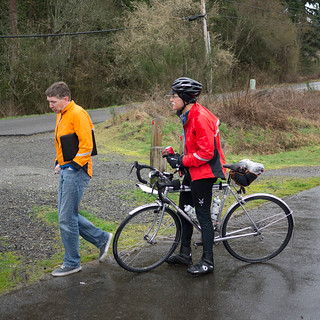 About 40 minutes from the end, I picked up a flat tire from a glass shard.  It was a slow leak that I quickly found, but it still took nearly a half hour for me to get the tire changed and pumped up.  Nothing like new tires to make you work hard!  At this point in the ride, it had been raining hard, and I was cold and wet, so the I-90 bridge I was under made for a nice umbrella.  After the change, I had one more mechanical.  As I was climbing up Lake Washington Blvd towards the arboretum, I downshifted to the small chainring.  The chain stuck to the large ring, however, and managed to come up and past the derailer.  I had a sticky ring incident before, so I was trying to be careful.  Luckily, there was no damage to the derailleur, and I was able to pull the chain back around the cage.  I’m going to follow up with Compass – I may have some oversized chainrings from the first batch… 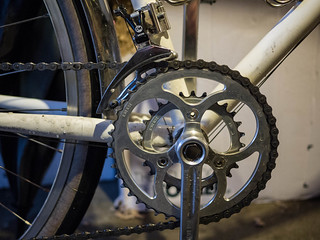 Back in business, I nearly missed the “secret” control, and had to backtrack a bit – thanks to the cyclists that warned me!  By the time I got to the final, I was so wet, I bypassed the pizza and beer, and just got the card signed.  I headed back home and spent the afternoon drying my bike, clothes, and self.  This was a really wet ride.  Not one of the memorable brevets, but I felt OK at the end, and the bike was comfortable and fast.  After I get a few things adjusted, it should be ready for some really long trips.  This is a track of the ride route:

Someone was definitely glad to see me at the end! 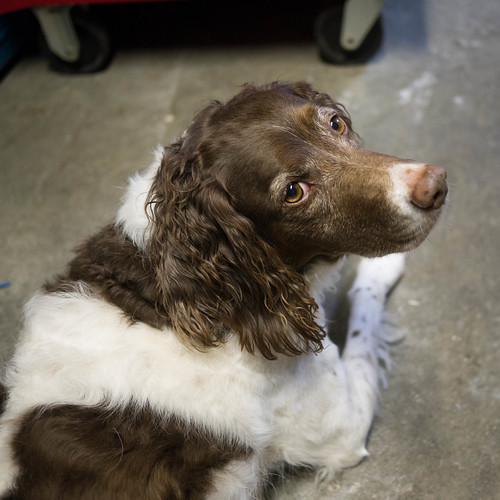